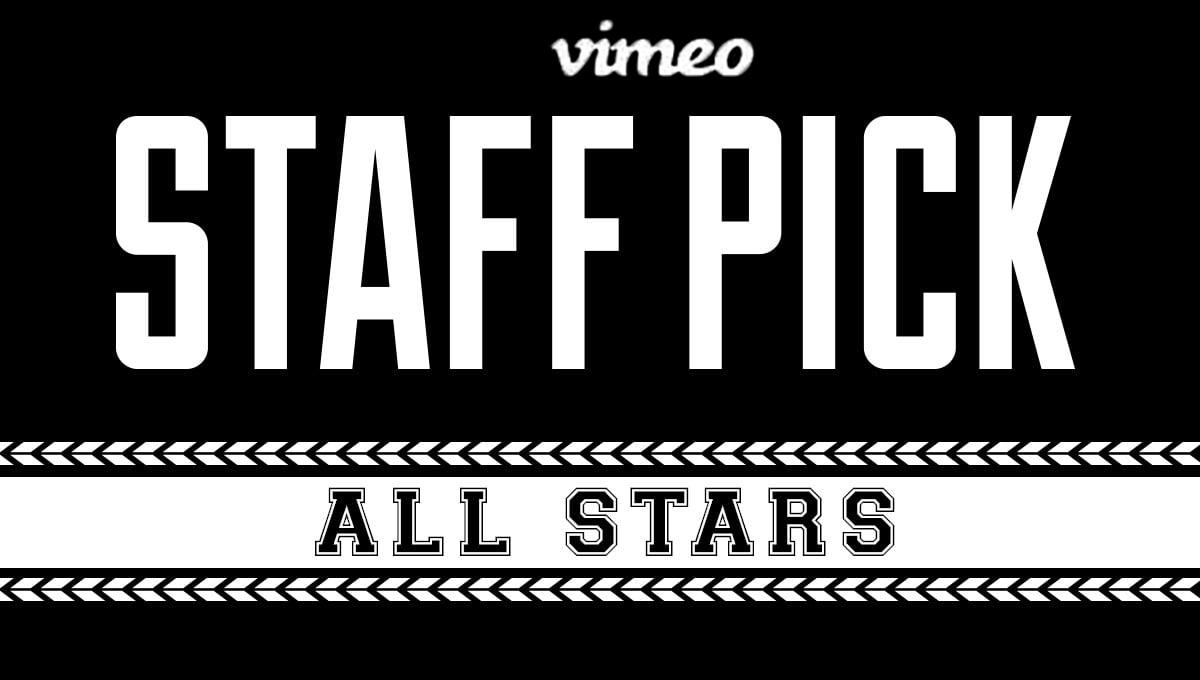 “Wanderers” is a glimpse into the future. This short imagines a time when exploration has gone beyond sending out rovers and Earth itself, and instead envisions a time when humans themselves are stepping out into the unknowns of space and our Solar System. Erik Wernquist  realizes this dream with incredible CG animation, building upon a strong vocabulary of science-fiction imagery and lending his own voice to the genre.

The Mountain from TSO Photography

There is something at the essence of a time-lapse video that continues to amaze Vimeo creators and viewers. Perhaps it is the god-like ability to compress Earth’s celestial orbit around the sun. Or, the ability to to unlock a view with a camera that the human eye itself cannot expose. Or maybe it is simply the power to capture and share a particularly striking landscape with other parts of the world. Regardless, time-lapse videos have been a mainstay on Vimeo for many years, so it comes as no surprise to see a shining example at the top of our list, with 99,474 likes to date.

Through its exceptional craft in movement, composition, and colors, “The Mountain” is an understandable favorite. The video also stands apart because of its meditative approach, one that provides the viewer space to consider the wonder that our planet has to offer.

The films that grace Staff Picks are often impressive, but the most impactful ones can also galvanize viewers to create something themselves. “MOVE” did just that by taking a concept that was brilliantly fun and simple in design, and then executing it in a visually compelling and near-perfect way. Creator Rick Mereki delights the viewer, sparking a sense of wanderlust within them to travel the world. But beyond that, he inspires them to pack a camera and document their own adventures with a fresh approach.

The Third & The Seventh from Alex Roman on Vimeo.

Alex Roman shook the animation and cinematography worlds with his piece “The Third & The Seventh.” By tiptoeing the line between realism and surrealism, Roman created an architectural world with unparalleled CG craft and then investigated it from the perspective of a photographer. Through this vantage, his piece was able to resonate with animators, cinematographers, and creators.

Each image that is created highlights a curiosity in shape, composition, and light. As the camera moves with precision through buildings in Roman’s world, new lines come into focus and colors paint a scene that constitute the makings of any Vimeo creator’s dreams. Specifically, 49,000 of them, who have since liked the video.

Michael König is a genuine hero for coming up with the idea of stitching together photographs taken from the International Space Station into a single time-lapse piece. The result of his ingenuity is a mesmerizing voyage over our home planet, offering us a small glimpse of the overview effect: a sense of awe and understanding of the interconnection of life itself. We see the night fall and then the day break. Lightning storms travel from region to region. Aurora Borealis and Aurora Australis dance along the atmosphere. Suddenly, the world doesn’t seem so large, and we move our mouse to that little heart shaped icon and click it. Because we know we want to visit this film, these images, and that feeling again.

The Making of "Hero" from Miguel Endara on Vimeo.

“The Making of Hero” is a personal short documenting a project by artist Miguel Endara, in which he drew a portrait of his dad composed entirely out of 3.2 million ink dots. Yes, you read that right. Miguel literally made over 3 million tiny dots and somehow the result is an amazing image of his father. It’s the type of video that has a fantastic hook, but also some really strong documentation and an awesome final product, which is a big part of why it’s racked up over 41,000 likes since December 2011.

DARK SIDE OF THE LENS from Astray Films

This video is a poetic ode to the often unnoticed, uncelebrated profession of the surf photographer.“Darkside of the Lens” struck a chord within the Vimeo community as an homage to hard work behind the lens and a lifestyle dedicated to passion. On a universal level, the film’s raw and unapologetic message calls us to live life on our own terms, be it in the cold waters of Ireland or anywhere else. This is a rally cry for the underdog, with beautiful cinematography and a score that wells up a sense of pride at wielding a camera. Astray Films blew down the door with this one and in 2012 they took home a slew of festival awards, including Best Action Sports at the Vimeo Festival, and have amassed an impressive 40,000 likes.

Address Is Approximate from sharp & jenkins

When night falls, a desk toy takes a joy ride and sees the world through the brilliance of stop-motion animation and Google Maps. As the toy car and its passenger travel across the Brooklyn Bridge and beyond, sharp & jenkins nail the perfect intersection of creativity, humor, accessibility, and new technology — all while a toy compatriot clicks the mouse to navigate his journey. The entire piece is animated in camera and is done so with flawless design, lighting, and movement.

Various office lights flick on, mimicking the different onscreen scenarios of tunnels and sunsets. Office plants whiz by the foreground as Google Street View displays a dense forest on the monitor. Fresh approaches and inventive adaptations of existing techniques that delight the Vimeo community, andsharp & jenkins remind us how awesome it is to create joyous pieces of work just for the heck of it.

The Aurora from TSO Photography

Like most, I have never seen an Aurora Borealis in person. And yet, I am able to plop down in front of a computer, click play, and understand what it is like to witness such an amazing display of natural light. TSO Photography is the only duplicate creator on this list, and it is a result of their ability to expertly capture and share beautiful moments from their part of world. What a cool, globalized age we live in, when anyone can log into a community and watch and share moments from their own backyard. Be it fantastic arrays of light caused by electrons colliding with Earth’s atmosphere, or the not-so-obvious beauties in a city. The Vimeo community has proven many times over that life is worth sharing and when you do, people will watch and cherish it.

The charming short film “Splitscreen: A Love Story” follows two distant lovers’ travels across the world to find one another, and depicts each of their points of view, split in the middle. The similarities between their lives mirror each others’ in every way until they reunite. Not only does it warm the heart, but the fact that it was shot on a cell phone reminds us that you don’t need the most expensive camera or a massive budget to create an effective and compelling film. All you need is imagination and a great idea.